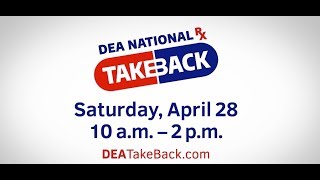 The Kearny Police Department asks for the public's help in identifying a man wanted for questioning as part of a Harassment investigation. The suspect was described as a dark-skinned black male with "squinty" eyes. The suspect may have operated an older gray car. The attached forensic sketch was created from a witness' description. Tips can be phoned in to Det. John Fabula #264, at (201)998-1313 ext. 2833. Tips can also be emailed to tips@kearnynjpd.org or entered via the Kea

UPDATE: Rogelio Mendez was located safe today. The Kearny Police Department thanks the public for their assistance. The Kearny Police Department seeks the public's help in locating Rogelio "Rollie" Mendez, a 40-year-old male of Puerto Rican descent, who was reported missing last night. Mendez is described as 5'11", approximately 215 pounds, with brown eyes and black hair. He speaks both English and Spanish. Mendez was last seen at his home in Kearny on April 17, 2018. He is b

American Legion Post 99 honored Kearny's emergency responders of the year at a dinner ceremony last Friday. Receiving awards were Police Officer David Bush, EMTs Mileen Salters and Patrick Rodriguez, and Fire Captain Mike Golon. The Post also awarded retired Chief John Dowie a plaque for his 40 years of service, 19 as Chief of Police. Congratulations to the honorees and thank you to Post 99 for their continued support. (Photos by Barbara Goldberg.)

Kearny PBA Local 21 announce d that they will be awarding two $500.00 scholarships for the 2017 – 2018 school year. Applicants will be judged on their academic and extra-curricular profile. Applications will be reviewed and winners chosen by the Kearny P.B.A. Local #21 Scholarship Committee. QUALIFICATIONS Residency: Applicant must be a resident of the Town of Kearny. Academic Requirements: Graduating in Senior Class of 2018. Aspirations: Student must be planning to continue

The Town of Kearny’s Uniform Crime Report Index for 2017 shows 762 reported crimes in 2017, a significant drop of 29% from the previous year’s number of 1,078. The decrease continues a downward trend in reported crimes in recent years. Of note, the 2017 number is less than half of what was reported a decade ago in 2007. The report also shows that the Kearny Police Department responded to over 30,000 incidents during the course of 2017. There were drops in almost all major

Detectives recover $165K in loot, pounds of drugs, in burglary investigation where 3 are charged